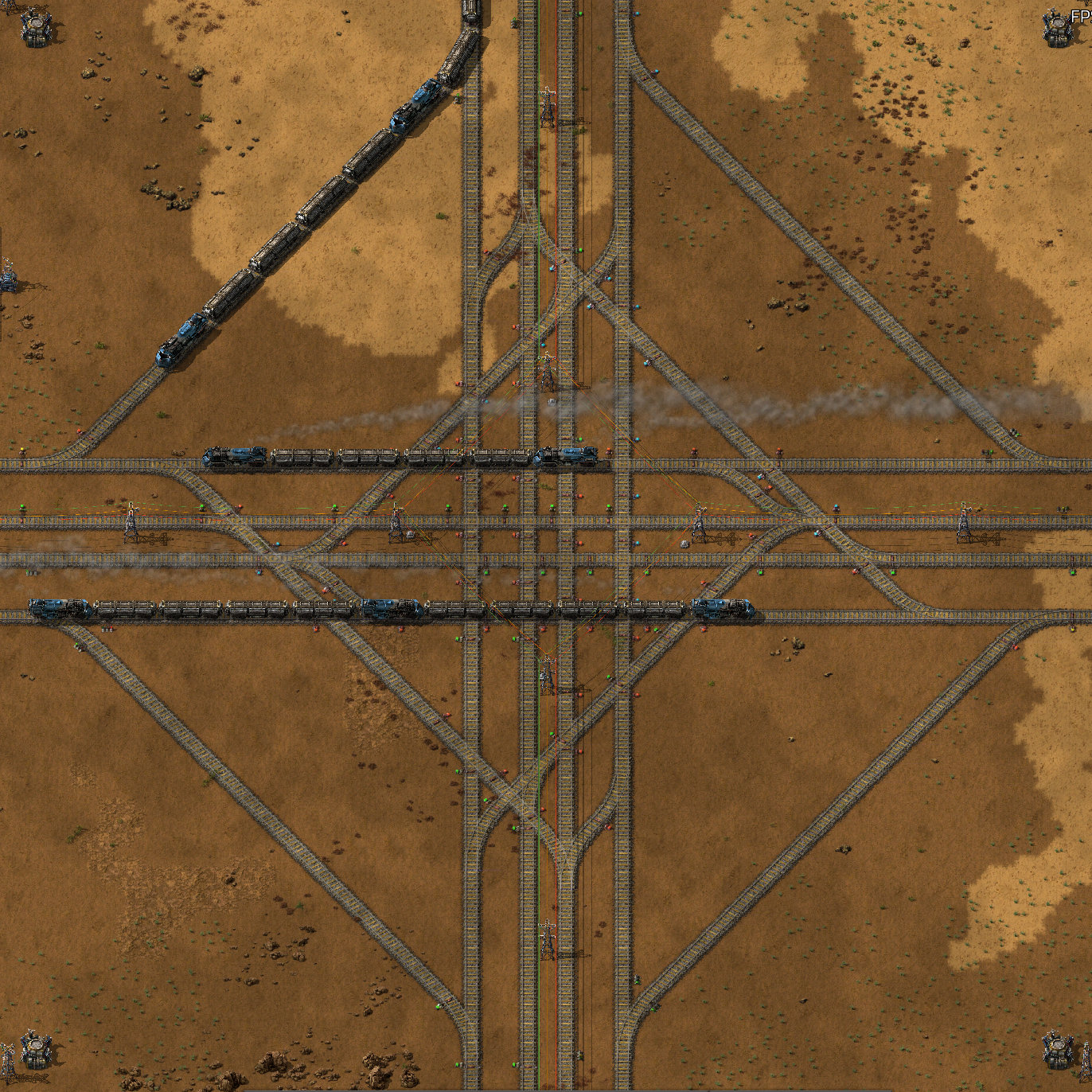 # Brian’s Trains
* Live version (including images) of this document is [HERE](https://docs.google.com/document/d/1hfdz3PCpe91HOSuna6A650LsVmBjO8YACzxFemrQKqA/edit?usp=sharing). Join the [discussion on Discord](https://discord.gg/hQnsXwpZ8A).
* [Auxiliary station blueprints](https://factorioprints.com/view/-M5PZvxZVXEZnmg4V7Hy) make it much easier… if you’re willing to install a few mods.
* [Self-Building Mega-Factory](https://factorioprints.com/view/-MNZWdWosuqr3vtaC2hD) (a city-block layout book)
Also:
* See the trains in action: [Turning On a Giant Rocket-Control-Unit Factory](https://youtu.be/JK8z9ABwyjI)
* Starting from scratch? Check out [Brian’s Bootstrap](https://factorioprints.com/view/-LvWjwX1U25krBg-auKR).
* Or try my [self-building rocket](https://factorioprints.com/view/-MGvN8qrxpCMbXJJn3Gh)!
* Actual testing of different quad-rail junctions. See [the video results](https://youtu.be/gmV0mkNOkSA).
* Hungry for power? [Tileable Self-Throttling Belt-Fed Reactor](https://factorioprints.com/view/-MJURcCFL-9L_cbihLys)
# Introduction
Some people create Malls while others like optimizing the science. For some reason, it’s the train network that inspired me. I wanted something that was drop-in (i.e. blueprints) but also easily upgraded as the base evolves. This means some sort of standardization with the pieces being of a similar size, at least along the rail itself.
Also important was performance. Trains make up the life-blood of a base and its important that they flow quickly and freely. Everything I’ve done is optimized for that, from the signals along the rails to the loading & unloading stations.
LTN (the “[logistic train network](https://mods.factorio.com/mod/LogisticTrainNetwork)”) is your friend! If you’re going to use it, make sure it’s installed before importing this blueprint book. If you’re not going to use it, see the “Life without LTN” in the _live_ document (linked at the top).
# Train Sizes
The basis of everything is the size of the trains to use. My design supports several different sizes for flexibility and growth. They are: (“<" or ">” is a locomotive and “C” is a car)